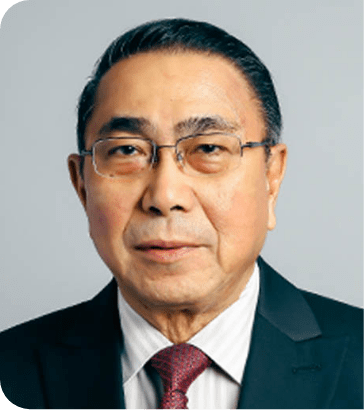 Noke Kiroyan is the founder of Kiroyan Partners, a corporate communications and public affairs consulting firm that has assisted numerous companies, mostly multinationals…

Noke Kiroyan is the chairman and chief consultant of Kiroyan Partners, a corporate communications and public affairs consulting firm that has assisted numerous companies, mostly multinationals, international development agencies and Indonesian SOEs among others in managing crises, community development, stakeholder management as well as obtaining and maintaining the social license to operate. He is also currently a Senior Advisor to Coca-Cola Amatil Indonesia and Chairman of PT Bis Industries Indonesia, a subsidiary of the Perth-based mining logistics company.

He is actively involved in several non-profit organizations that includes being Chairman of the Indonesia chapter of the Paris-based International Chamber of Commerce, Vice-Chairman of the Partnership for Governance Reform in Indonesia, Trustee of the US-Indonesia Society (USINDO), the Indonesia chapter of Junior Achievement Worldwide and the School of Business & Management of the Bandung Institute of Technology.

He was CEO of Salim Deutschland GmbH in Düsseldorf, subsidiary of the Indonesian Salim Group overseeing two operations, including Deutsche Hydrierwerke GmbH in the former German Democratic Republic. He was reassigned to Melbourne, Australia in 1994 as Director of the joint-venture, Albright & Wilson Limited, and Salim Group Representative in the country. In 1996 he was reassigned as CEO of the fully-owned subsidiary, Salim Oleochemicals Inc. in Dublin, Ohio, in the United States that served the markets in North America and the larger countries of Latin America with palm-oil derivatives from the plants in Indonesia and Germany.

Rio Tinto recruited Noke in the US and repatriated him as Country Head and CEO of Rio Tinto Indonesia in 1997. He served on the boards of Rio Tinto subsidiaries and affiliates, including gold mine Kelian Equatorial Mining, coal mine Kaltim Prima Coal and copper-and-gold mine Freeport Indonesia. The role encompassed chairmanship of the Rio Tinto Foundation as well. The mining industry provided him with hands-on experience in engaging local communities. Within months upon his return he initiated negotiations with local communities and NGOs on long-standing grievances relating to the gold mine.

With divestiture issues heating up, in 2001 he was charged with being CEO of the world-class mining operation, Kaltim Prima Coal based at the mine site in Sangatta, East Kalimantan. Upon its sale in 2003 Noke returned to Jakarta as Chairman of Rio Tinto Indonesia. In 2005 he accepted the offer from Newmont Gold Corporation to head its Indonesia corporate office, Newmont Pacific Nusantara at the height of the company’s dispute with the government about alleged pollution of the Buyat Bay. He also sat on the boards of the operating companies, Newmont Nusa Tenggara and Newmont Minahasa Raya.

In addition to Indonesian Noke speaks English, German and Dutch. He holds a Bachelor’s degree in Social Sciences from Padjadjaran University in Bandung, Indonesia and Bachelor of Arts in Liberal Studies from Syracuse University in the United States that he concluded with a research project titled “Water Imagery in Dutch Paintings: Artistic Expression of Natural Environment and Human Control over Nature in the Seventeenth Century.” As well, he holds a Graduate Diploma in Business Administration from the Edinburgh Business School, Herriot-Watt University in the United Kingdom